Linux is main operating system that is usually used in servers and other large systems including supercomputers and mainframe computers. Besides this, Linux runs on rooted techniques for example network routers, building automation controls, mobile phones, capsule gaming consoles along with televisions too. Android system that’s popular in mobile phones currently per day is developed with the Linux kernel. Linux Administration is used with a myriad of businesses for Network Security not merely for cost-less but in addition for stability and performance. Aside from this, it offers greater flexibility and alterations can be made quickly.

No Reviews found for this course. 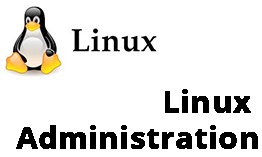 Drop us a query

This isn't canned learning. Its dynamic, its interactive, its effective

Only the best or they're out. We are constantly evaluating our trainers

We never sleep. Need something answered at 3 am? No Problem

You don't learn as per our calendar. We work according to yours.